Please see below for a selection of our forthcoming and previous events: 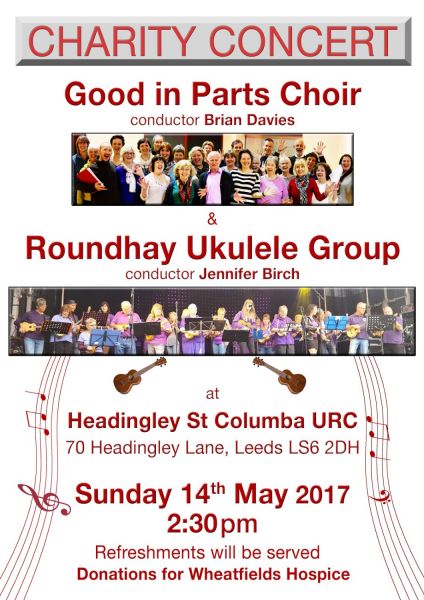 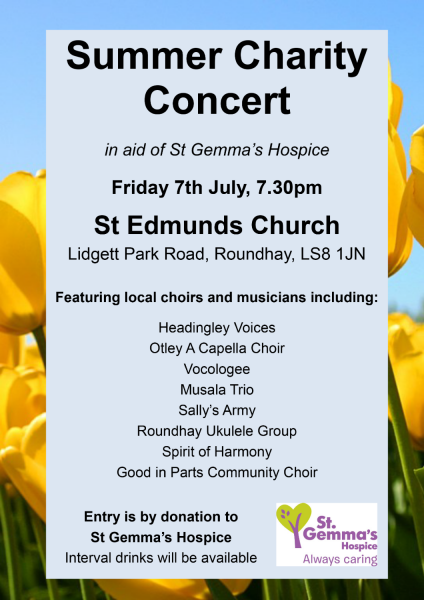 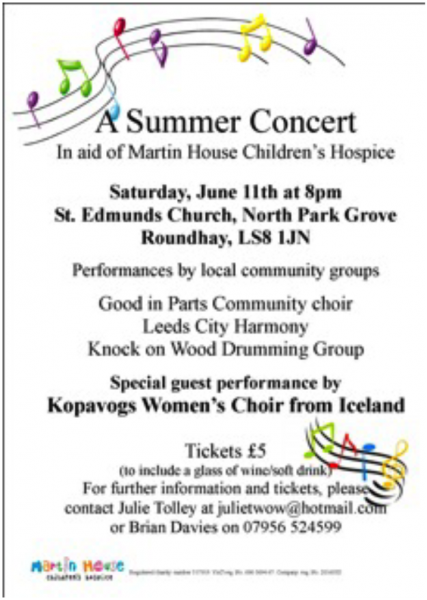 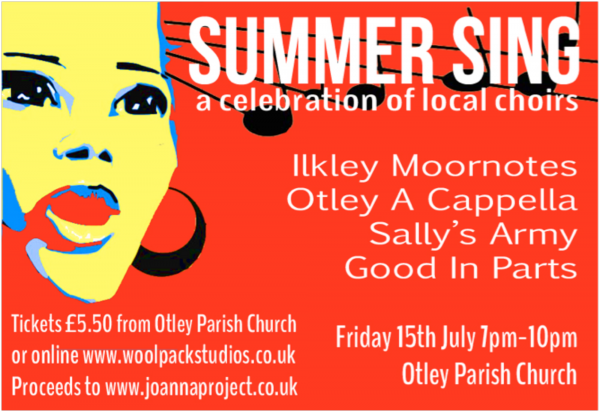 We performaed at Saltaire at the annual street festival

hosted a wonderful concert at St Edmund’s Church in Roundhay, Leeds in which no fewer than seven choirs participated! It was particularly poignant for Good In Parts members as it was held in memory of one of our founder members, Maureen Brown. A packed church of over 350 people enjoyed a wonderful evening, raising funds for St Gemma’s Hospice in Moortown.

18 members of GiP took a fantastic long-weekend trip to Iceland, where we were hosted in grand style by a local choir, Kvennakor Kopavogs. The centrepiece was a joint concert at which both choirs performed beautifully, followed by a party late into the night - which some of us remember!

We meet on Mondays 8-10pm during term time.

Please note that meetings are currently suspended due to the Coronavirus outbreak. You are still welcome to join and take part in our virtual choir held weekly via video conferencing.

Please note that our members area is available for members only.